This article is more of a personal opinion than anything, but I’m going to list off five blogs / bloggers that I feel deserve a shout out based on the quality of their material.

Before reading on, it is important to note that these blogs are in no particular order. In other words, I am not ranking them. 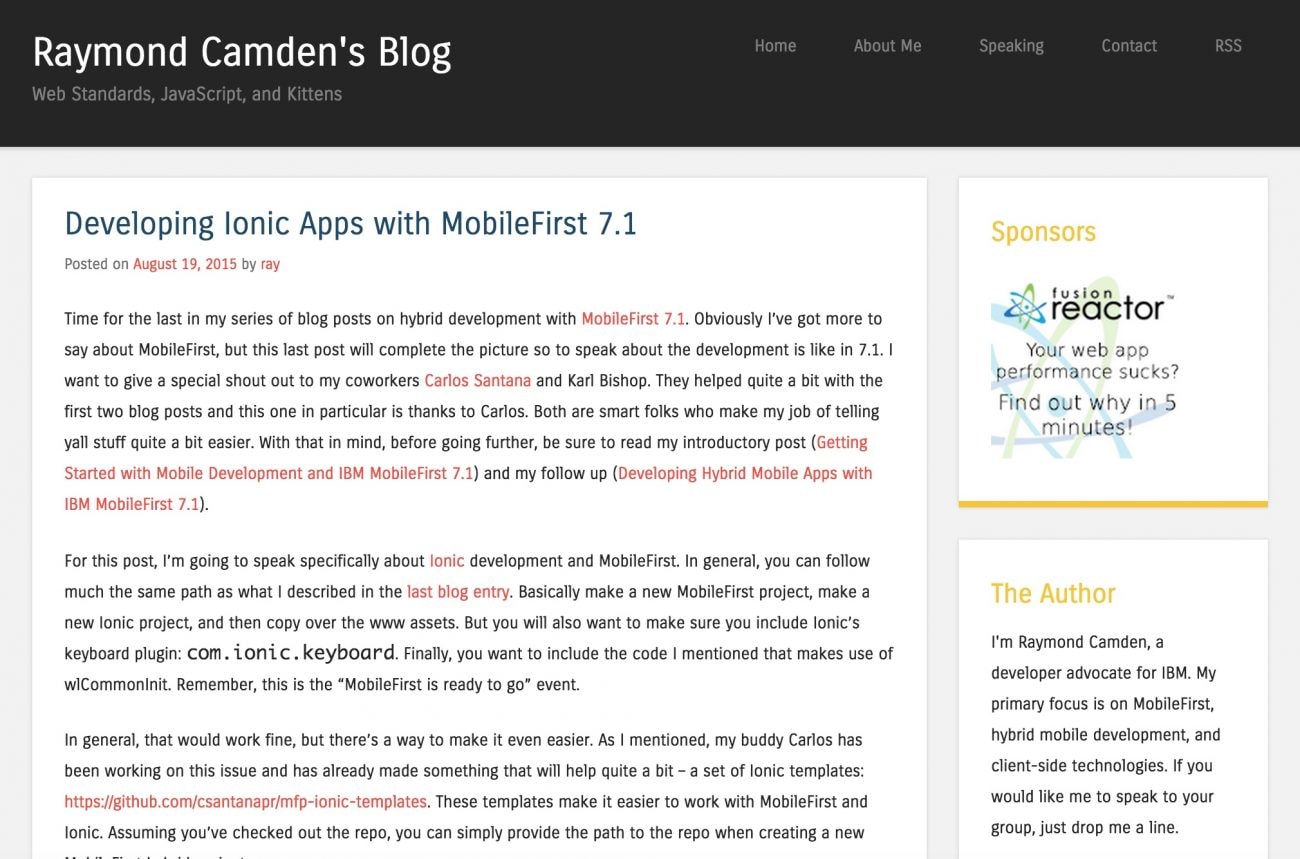 Ray’s blog has been around since the birth of the internet (I joke). I first discovered Ray’s blog back in my ColdFusion days because at the time, he was the ColdFusion guy at Adobe and knew everything. Over the years things changed and he became a Phonegap expert to pretty much all things mobile hybrid. He even has a good book called Apache Cordova in Action.

Now working at IBM, Ray does a lot of posts around IBM MobileFirst and hybrid technologies like Ionic Framework.

If you’re not already following him, you probably should because of how diverse his knowledge scope goes. If you have a niche topic, he might have a post for you. 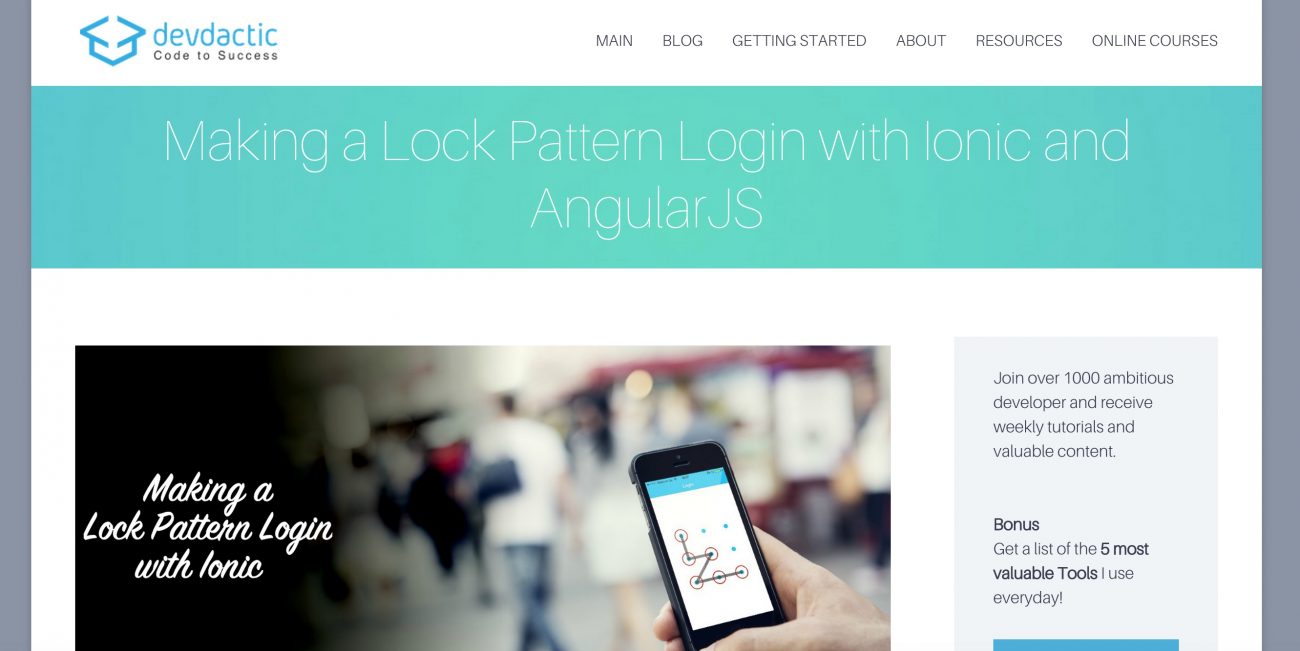 I discovered Simon’s blog at the end of 2014 and have been following it since. He posts a lot of Ionic Framework and React Native articles. His blog devdactic stands out for a few reasons. Not only are his articles thorough, but like me, he tends to include a video version of the article for people who might like to listen rather than read.

Simon doesn’t just run a blog, but he also has some quality e-learning courses listed, one of which being his course Ionic by Doing. 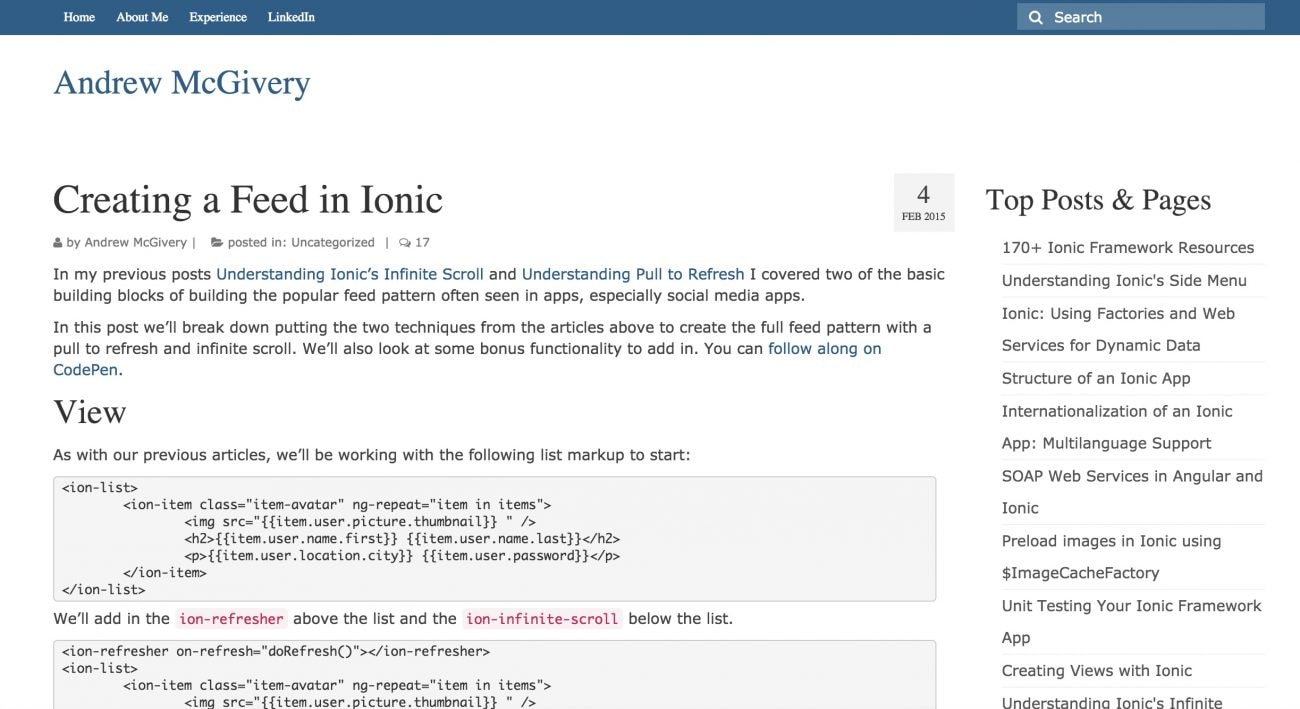 Andrew has been posting for a while now, primarily on the topic of Ionic Framework. Many of his (not all) posts are user interface (UI) related which is good if you’re like me and are terrible when it comes to designing things.

If you’re just getting started with mobile web development it is definitely worth checking out Andrew’s blog as he covers a lot of fundamental topics for beginners. 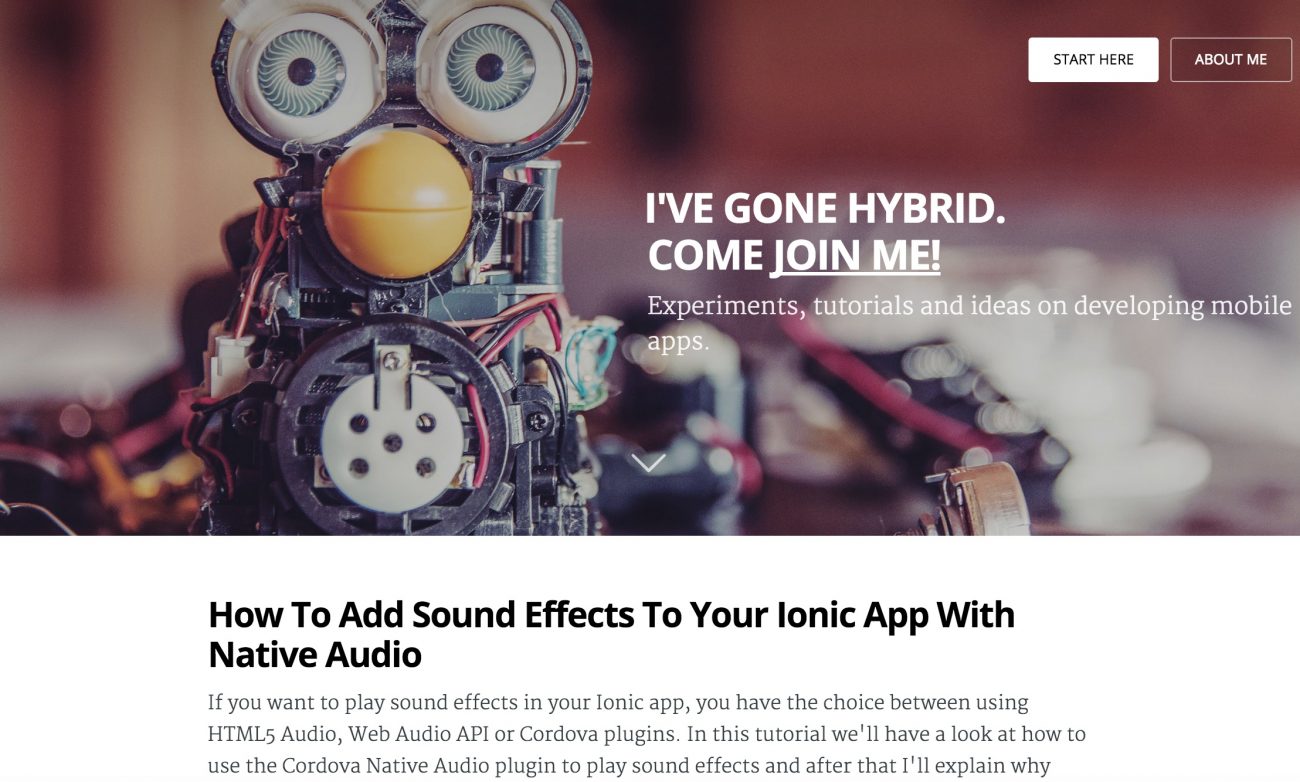 I only discovered Ashteya in the later part of 2015, probably because she hadn’t started blogging until January of 2015. It takes time to be discovered when you’re just starting out.

In any case, Ashteya has some pretty thorough posts on her blog gonehybrid regarding Ionic Framework. They are niche topics similar to what I write about so if you like my material, you’ll probably like hers.

Like Ashteya’s gonehybrid blog, I didn’t discover Josh Morony’s blog until the later end of 2015. It was actually Andrew McGivery who referred me to it.

Josh, like some of the other great bloggers, covers multiple different technologies on his blog. For example he has articles on Sencha Touch, Ionic, and even Phaser.

These are just some of the blogs and bloggers that have stood out so far in the 2015 calendar year. Once per year I will share my new top five picks for people who have exceptional learning material for mobile web technologies. If you follow any of these bloggers on Twitter, let them know who recommended them to you. You can tag me at @nraboy on Twitter.