Native To Hybrid And Back Again

I was recently attending NativeScript Developer Day 2017 in New York City, which is Telerik’s very own NativeScript conference.

This was a fantastic conference where I was not only a participant, but also a speaker at the event. At this event I had given a fresh presentation titled, Native to Hybrid and Back Again, where I had discussed my own personal experiences when it came to mobile application development. 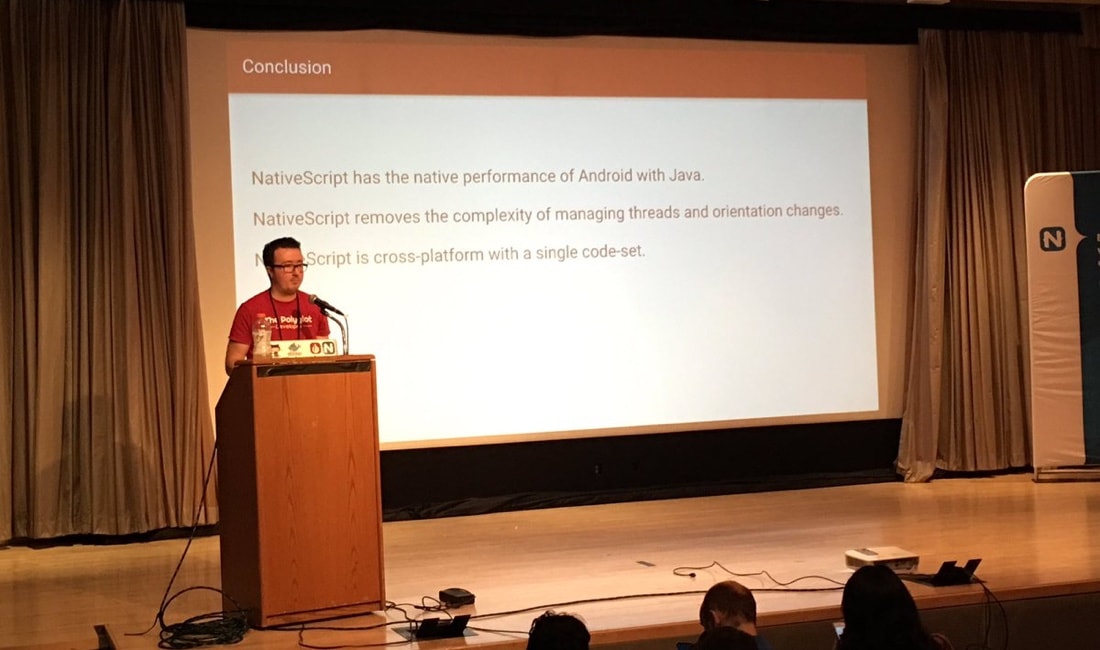 I want to take the opportunity to summarize what I discussed during this event and share the slides that went with my presentation.

Back in 2011, shortly after I graduated from college with a degree in Computer Science and Engineering, I had started developing Android applications. There were a few reasons why I chose Android versus another platform:

At the time, Windows Phone wasn’t really a thing and BlackBerry was already approaching its death. That left us with the leader, at the time, being iOS, and then Android.

All three of these applications performed well in terms of downloads, ratings, and revenue. However, developing them did not come without obstacles:

Powering through each of the obstacles got me a published application in roughly six months.

At a certain point I began looking for a better way to develop Android applications. This brought me to Ionic Framework and hybrid web application development.

Ionic Framework, at the time, was nearing its first stable release and it promised a lot when it came to fixing the problems with mobile application development. I chose Ionic Framework as the next phase of my development journey for the following reasons:

Just like with my other Android with Java applications, these Ionic Framework applications performed well in terms of downloads, ratings, and revenue. The best part, they only took me two weeks to build in comparison to the six months it took me for the Java alternatives.

However, these Ionic Framework applications were not without obstacles:

I was developing native Android applications with Java which were buttery smooth. This was not the case with Ionic Framework because of how things were rendered. Apache Cordova applications render inside a WebView component, which is a native component. However, the components rendering inside this native component were not native. Think of it as components inside of components. At the end of the day you had a packaged web application. Remember the Android hardware and software fragmentation I mentioned? As a result of this, the WebView component performed differently across the board.

This lead me on a search for a better solution. I needed a solution that would solve my Android with Java problems as well as my Ionic Framework problems. This lead me to NativeScript.

NativeScript came around the same time as React Native, both offering to be native mobile development frameworks that shared a single set of code. This removed the WebView from the equation, mapping framework components to native platform components. As a result, Android and iOS applications are very fast.

So why did I choose NativeScript versus another native framework?:

Fast forward a bit and I released my first NativeScript mobile application for Android and iOS. I had released Solar Flare for Cloudflare, which leveraged the Cloudflare RESTful APIs to control accounts.

Does this mean NativeScript is without problems? Absolutely not! However, the obstacles I faced with NativeScript were minimal compared to the previous methods of development that I had chosen.

After having spoken with many attendees of the conference, they told me I hit the nail on the head, as in they shared my frustrations both when developing for Android with Java and when using Ionic Framework. Do I regret going down the road I did? Absolutely not, because at the time, each of these technologies were the best available.

The slide deck I used for this event can be found below.