3 Of The Best Frameworks For Mobile App Development In 2018

We’re going to review my top three picks for mobile development frameworks that will thrive in the 2018 year.

So what frameworks made the cut in terms of my picks for 2018? I believe 2018 is going to be the year of the native mobile development framework rather than pure native and the hybrid web frameworks. Take a look at the following frameworks.

NativeScript has been my go-to framework for mobile development for the past few years. Backed by Telerik, a Progress Software company, you’re able to build native Android and native iOS applications using JavaScript, TypeScript, or a variety of frameworks such as Angular and Vue.js.

What makes NativeScript particularly cool is how native platform APIs are accessed and how the source code is transpiled.

By leveraging the V8 JavaScript engine for Android and JavaScriptCore for iOS, all device APIs are directly accessible from JavaScript code. This removes the necessity of plugins as well as the need to know Java, Objective-C, and Swift. At compile time, all XML components are transpiled to native Android and iOS components before being bundled as an application binary. No WebView is involved when running NativeScript applications, unless of course you decide to include one. By using native components, the applications can run with maximum performance. 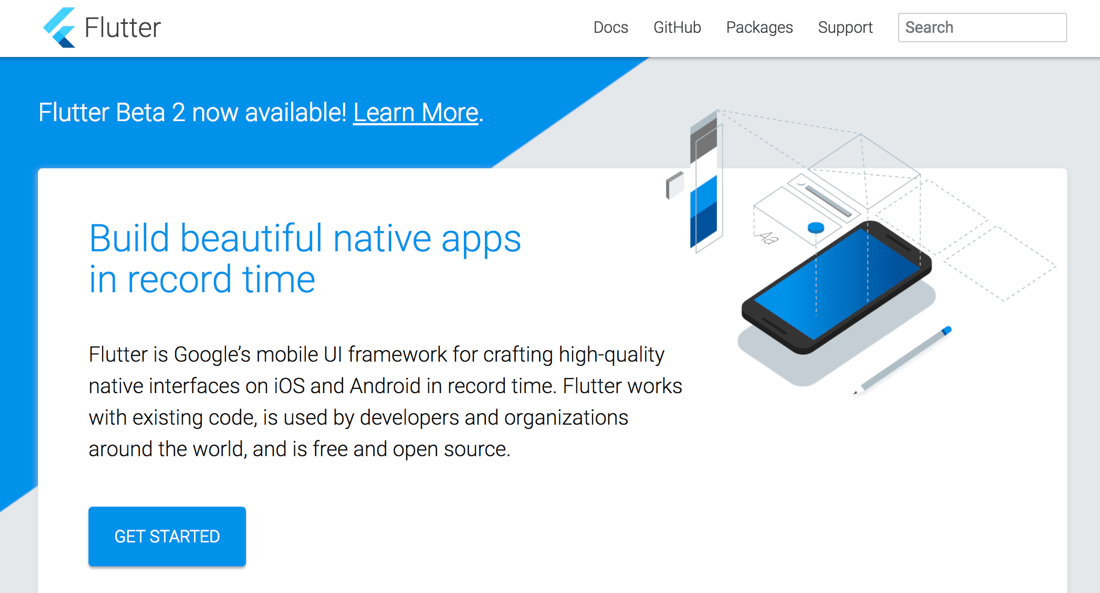 Flutter has come out of nowhere in the mobile application development space. Backed by Google, you’re able to build native iOS and Android applications, but differently from some of the other cross-platform frameworks. For one, you’re developing Android and iOS applications using Google’s very own programming language, Dart.

Flutter uses a 2D rendering engine called Skia to create visual components on the screen and while these components are themed to look like native Material Design and Cupertino style widgets, they are not. Flutter also offers the best in class hot-reload functionality so testing can be done seamlessly without restarting the application.

React Native is a competitor to frameworks such as NativeScript and Xamarin, more-so because of how it uses native components rather than a WebView or an alternative framework like Skia.

With React Native you’re building a truly native mobile application where React Native components are transpiled to native iOS and Android components, while using JavaScript and the React framework.

If you’re already using React on the web, then React Native would be a logical choice in mobile development.

Of all the possible mobile development solutions out there in 2018, you just saw the three that I’m betting on in no particular order. I personally think that pure native and hybrid frameworks have no place in the future, leaving NativeScript, Flutter, and React Native obvious choices for developing amazing Android and iOS applications.