This past week I had the honor of attending the consumer electronics show (CES) in Las Vegas, Nevada. This had been a lifelong goal of mine to attend the event and get a firsthand look at all the latest and greatest technology releasing in 2019.

In case you’ve been living under a rock, CES is one of the largest, if not the largest, electronics event in the world. Every year electronics manufacturers big and small come together to show off all the amazing things they’ve been working on and are getting ready to release to consumers. 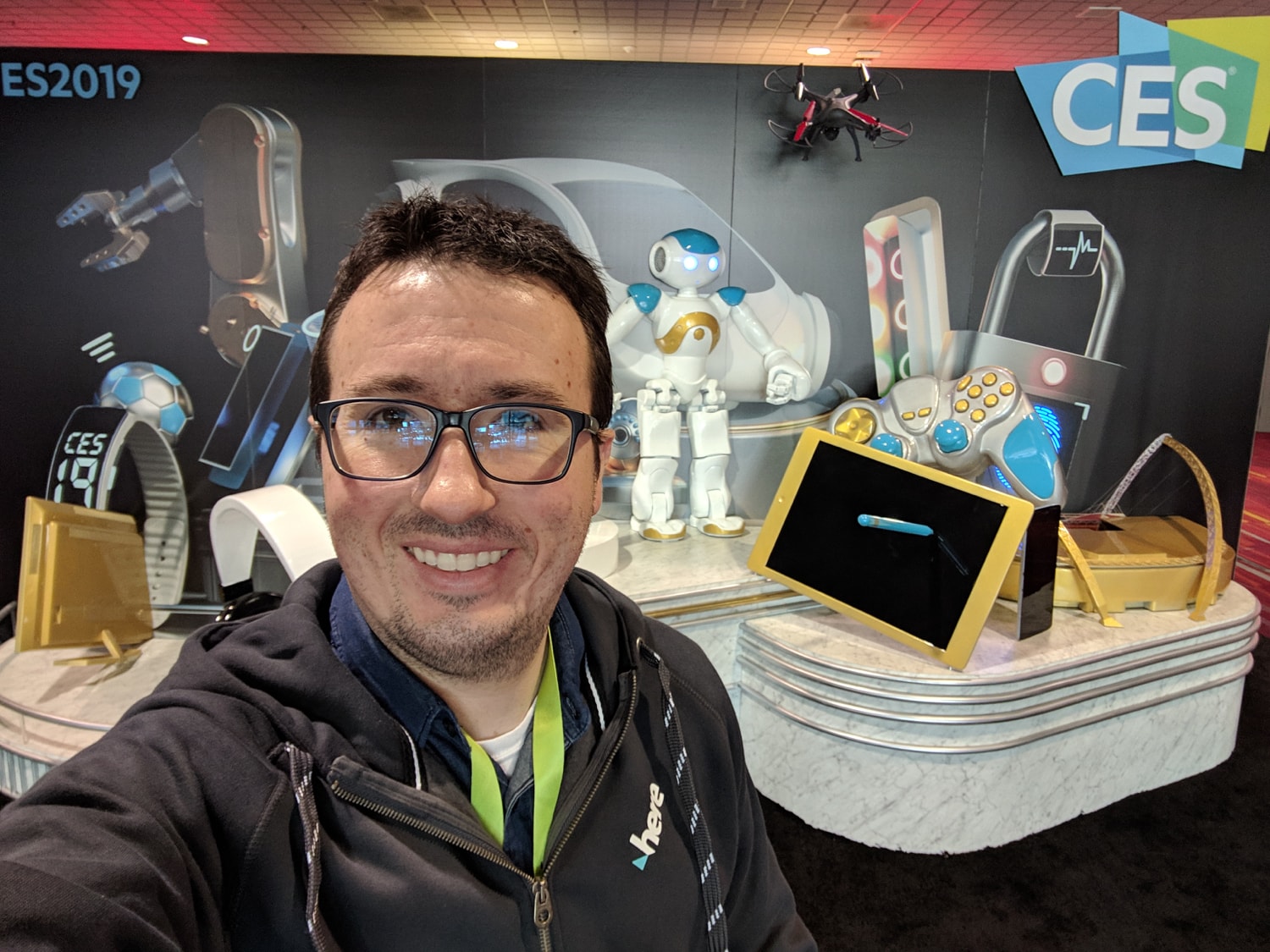 The scope of the technology being advertised is everything from cars, to headphones, to gaming hardware, and pretty much anything else you can think of.

My reason for being at CES was to present a technical demo for HERE Technologies, which is the company that I work for. HERE Technologies had a large booth to promote all the things you can do with maps and location data. 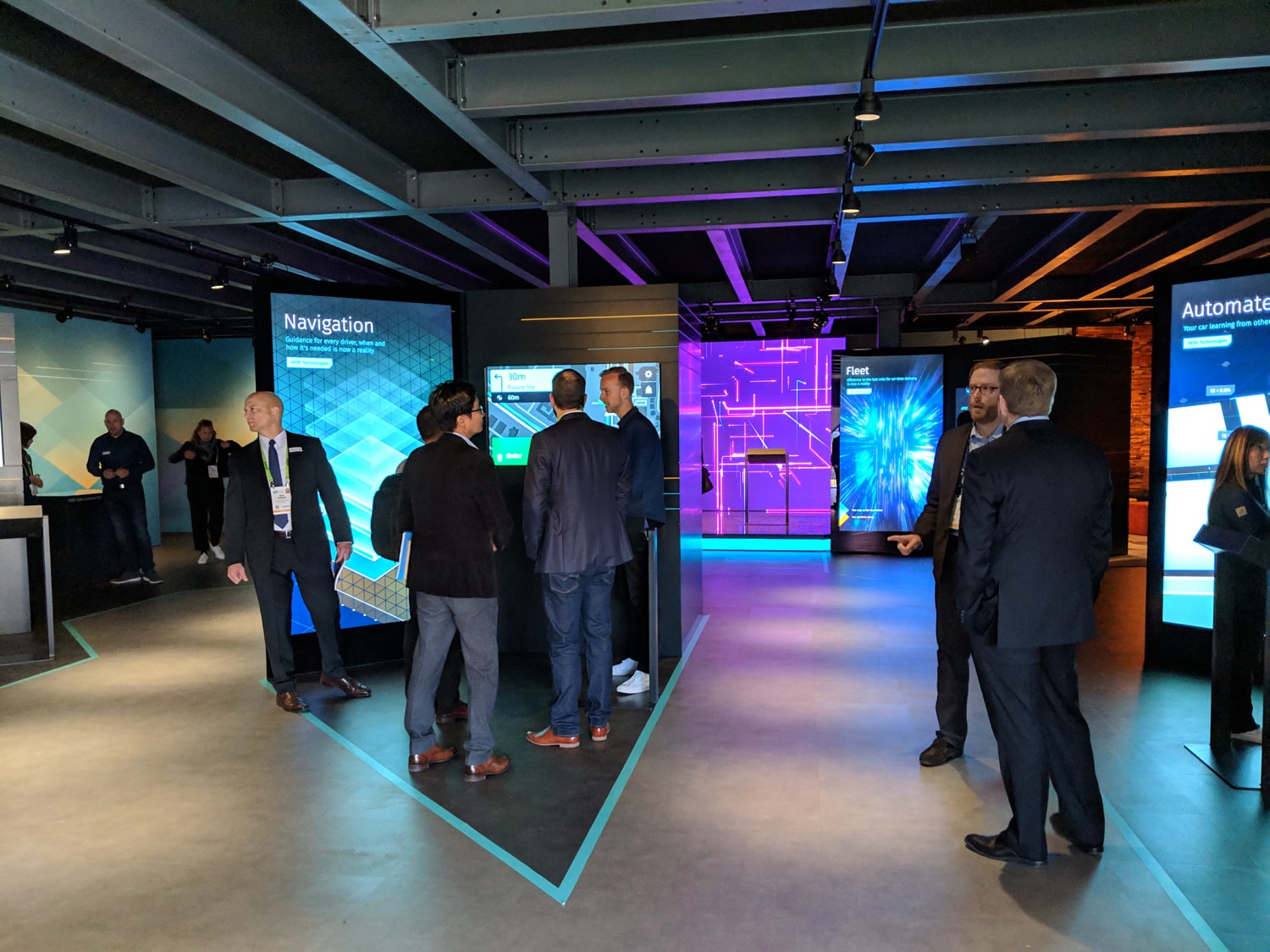 Even though I had spent most of my time in Las Vegas at the HERE Technologies building, I still had plenty of time to explore CES for myself.

The event spanned across multiple buildings at the Las Vegas Convention Center as well as several expo halls within each of the major casinos. I didn’t get to see everything, but I was able to see most of the things that I had set out to see. My interests were in the following:

In terms of televisions, the theme this year was centered around 8K resolutions, which from what I understand, was the theme from the previous year of CES even though I didn’t get to attend it. 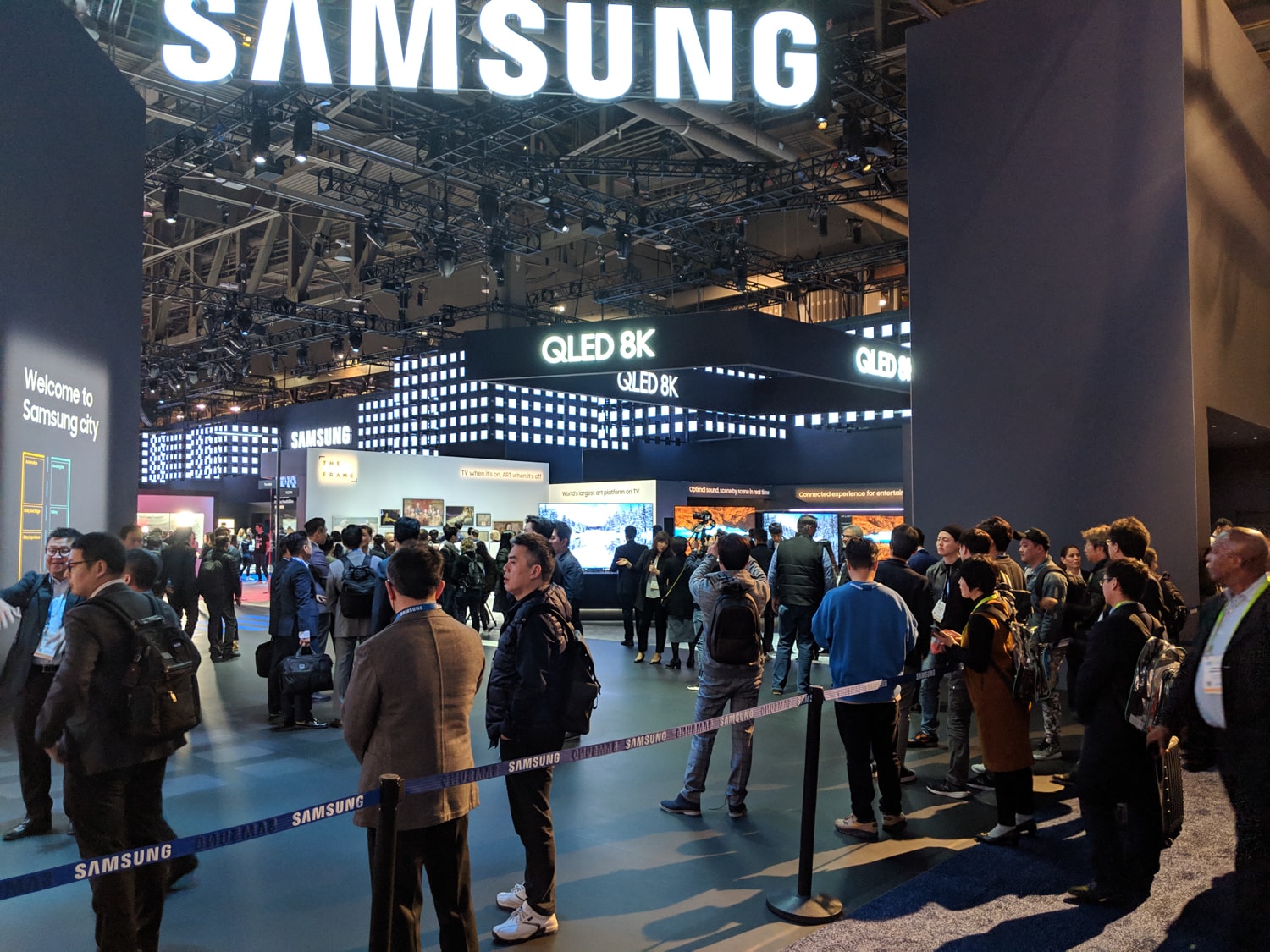 These TVs were beautiful in all brands, not just Samsung. I currently have a 1080p TV, so not even a 4K, but I’m thinking it may be in my best interest to wait to buy an 8K as my upgrade. Streaming services like Netflix aren’t yet serving 8K content, but maybe if I wait a year that will happen. 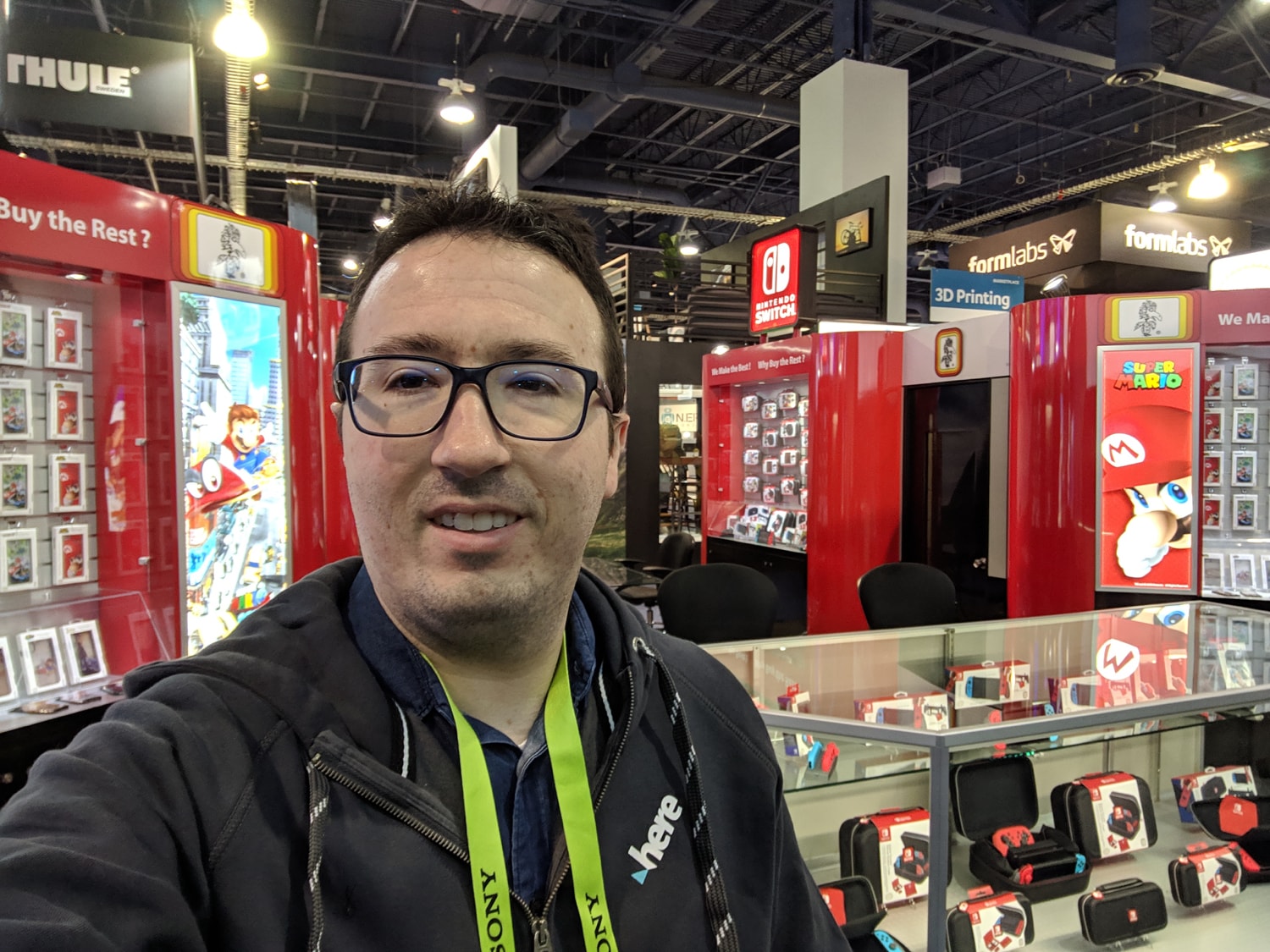 For gaming, I do consoles only. I once was a PC gamer, but have moved onto things like Playstation, Xbox, and Switch. I figured Nintendo wasn’t going to announce anything at CES, but since I heard Sony wasn’t going to be participating in E3, I figured maybe they would make a huge Playstation announcement at CES. This wasn’t what happened, but I still enjoyed checking out what Sony and Nintendo’s partners were doing in the gaming space.

Probably the most interesting thing I experienced at CES was what Google was doing. They were heavily promoting their Google Assistant and Google powered devices at CES in an effort to compete with Amazon who was also at CES promoting Alexa. I’m already familiar with the Google Assistant, but at the Google building there was an actual ride like you might find at Disneyland. 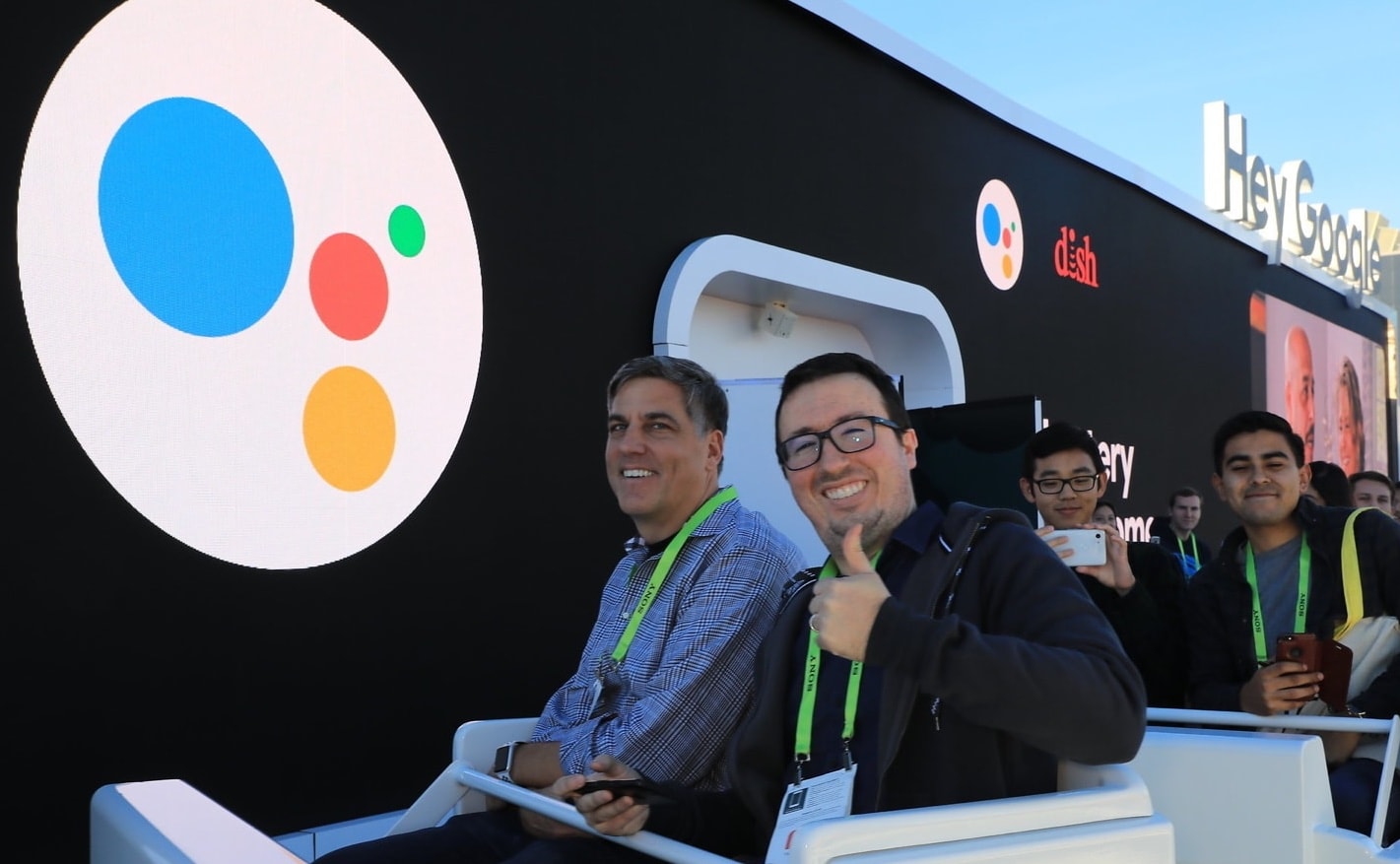 The ride reminded me of It’s a Small World from Disneyland in the sense you were taking a tram through a story of robotics with song. I’ve been calling it as It’s a Google World, but I don’t really know what the name of the attraction was. The ride and song was very clever and most of the time only had a 30 minutes or less wait, which was significantly shorter than Disneyland.

However, at the end of the ride, every passenger received a Google Home Hub. This was not a raffle, but a sure thing, so it was nice to receive a $150.00 assistant that contained a screen. 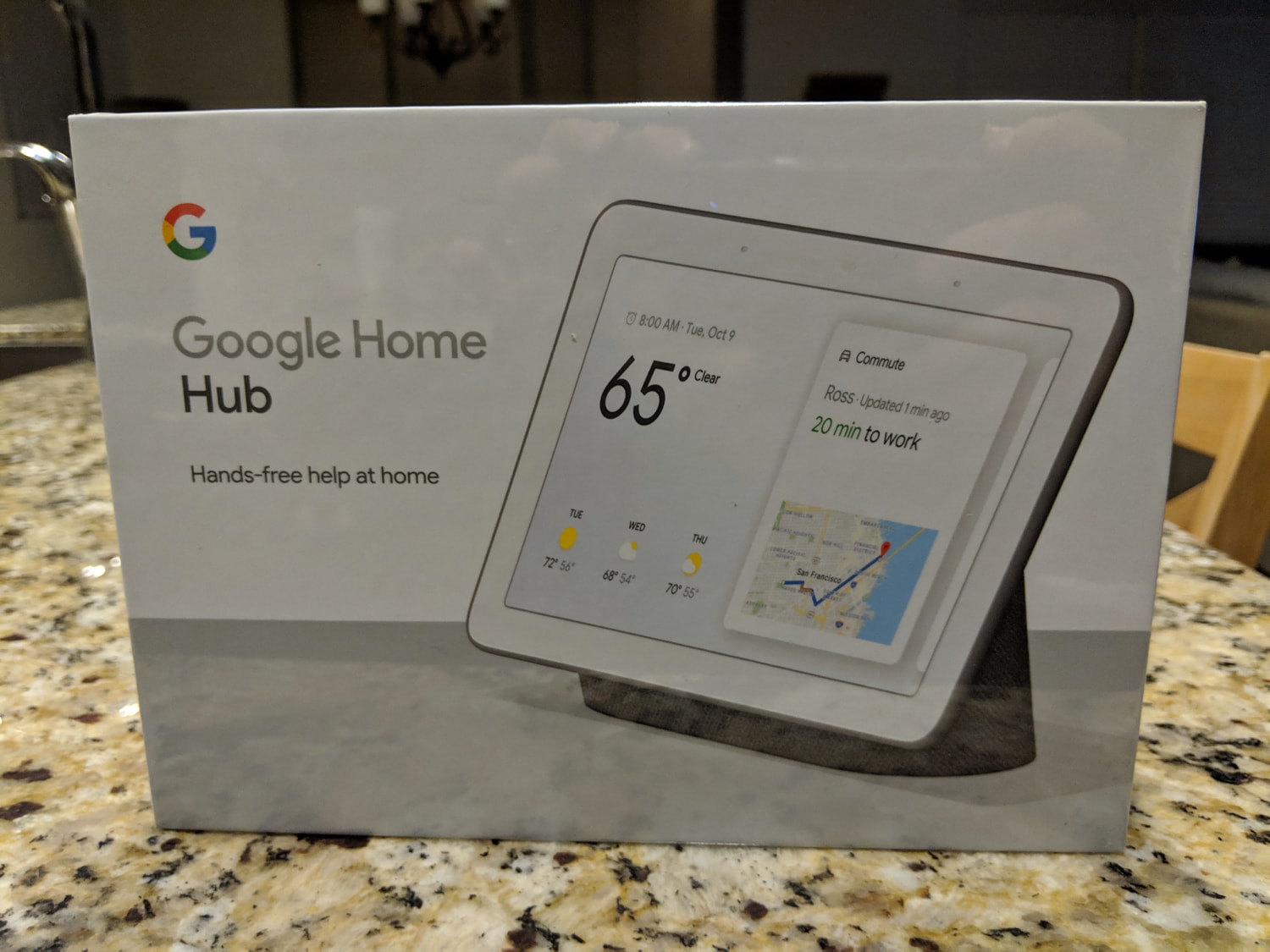 In the perspective of swag, there wasn’t a whole lot of it at CES. There were plenty of raffles, but a majority of exhibitors were only passing out canvas bags and pens. I had hoped that some vendors such as Cube would pass out a sample of their product since it doesn’t retail at a very expensive price. This was not what happened.

Even with limited swag, I still enjoyed the event because I was able to look at and touch most products, something that I wouldn’t be able to do at Best Buy or Amazon because of poor display units. Being able to see a product and not purchase it blind is quite nice.

CES 2019 was my first visit to CES and a conference very different from the developer events that I’m most familiar with. Even though I spent most of my event representing HERE Technologies, I had a great time. It is likely that I’ll be participating in CES 2010, so if you plan on going, let me know and I’ll keep an eye out.

If you participated in CES 2019, what were some of your highlights at the event? Let me know your story in the comments.