When building a game, it is often a good idea to know your frames per second (fps) during the testing phase. It is even more important to know this when building for mobile devices that may not have the high specifications that modern computers have.

The easiest method to have the frames per second display is to create a prefab that you can recycle across all your game scenes.

In your Unity3D project, create a new GameObject that is a GUIText. Let’s rename it to FPS in order to keep your project clean. 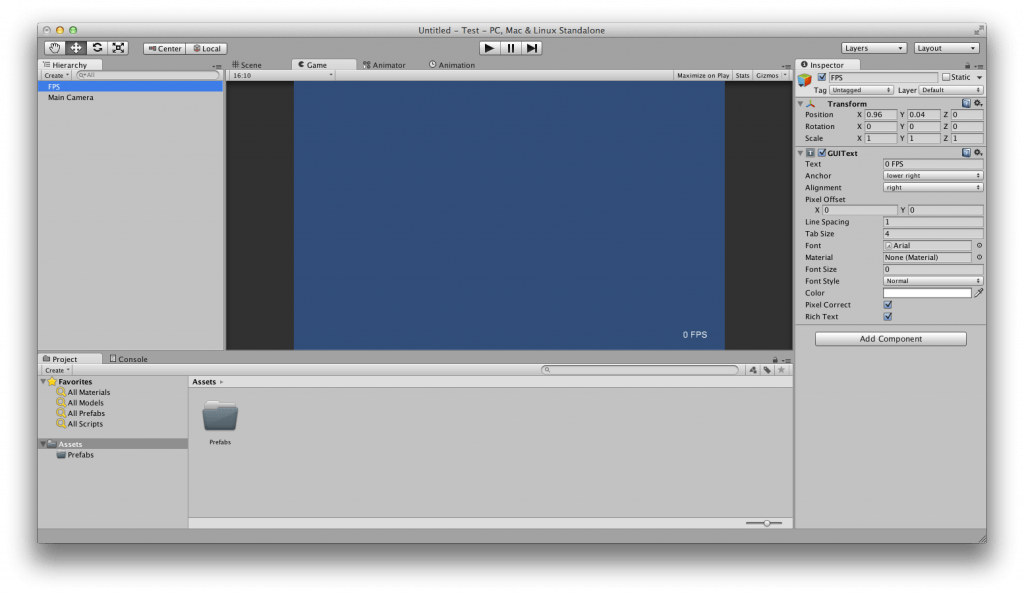 Because I like to see my frames per second in the lower right portion of the screen I gave it a position of (0.96, 0.04, 0), an anchor of lower right, and an alignment of right. Remember that GUIText positions can only fall between 0 and 1. With the positioning information I provided, the text will always appear in the same position regardless of screen size.

When configuring your font information, leave the font size at zero because we will be setting this in a script. Setting the font size as a constant in the project editor will result in different font sizes across devices. We want it to be the same size across all devices.

Go ahead and add a new C# script component to your GUIText object. Add the following code to the script.

When you’re done, drag the FPS object from the project hierarchy into your prefabs directory. This will make it incredibly simple to recycle your FPS object in any desired scene.